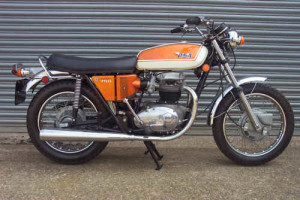 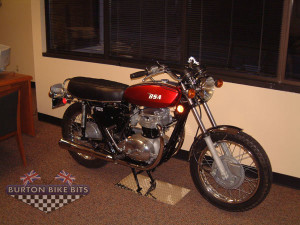 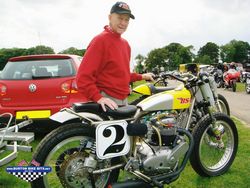 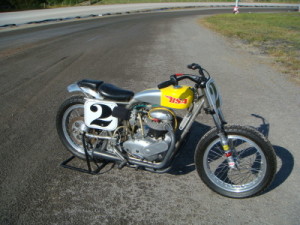 The BSA A70 Lightning was a 750cc equivalent of the BSA A65 produced for the US market for flat track racing. Raced by stars of the time such as Dick Mann. They were also known as a ‘Lightning 75’.

Only 200 A70Ls were produced, 102 in June, 64 in July and 36 in August, See the production records below. These can be identified by the engine frame numbers; G June, J August and H July. Out of the 202 A70’s produced, it is believed that most were originally shipped to Baltimore and approximately 23 to California. Although they were released as 1972 models, they are stamped as 1971.

Whilst the bike used the same chassis as the A65 there were the following differences: